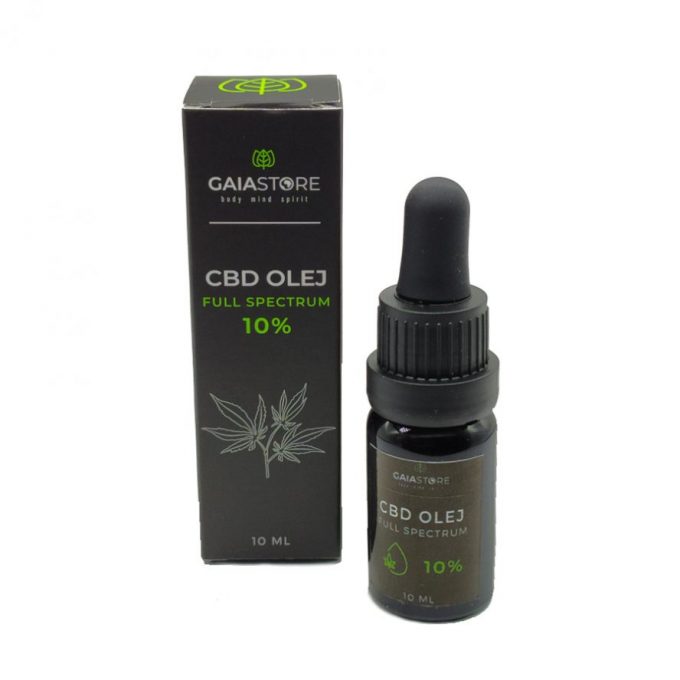 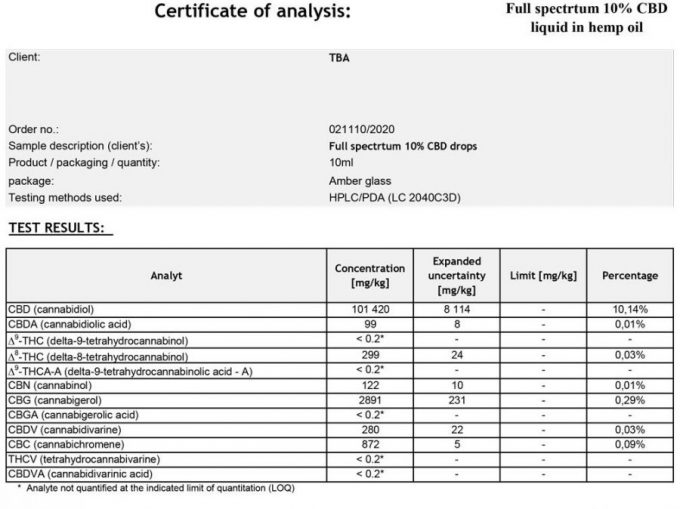 This premium CBD oil is produced by gentle CO2 extraction, which preserves the full spectrum of cannabinoids, terpenes and other medicinal substances in cannabis.

Application: Sublingual – Drip the required amount under the tongue and leave approx. absorb for a minute, then swallow. It can also be applied orally – swallowed directly or mixed with various drinks, smoothies and foods. However, the effects are more subtle than with sublingual application.

This premium CBD oil is produced by gentle extraction, which preserves the full spectrum of cannabinoids, terpenes and other medicinal substances in cannabis.

As the carrier of these compounds was chosen hemp seed oil, which contains a number of building blocks supplementing the effects of the above-mentioned cannabinoids. Thanks to this synergy, the healing effect of the cannabis plant on the human body is maximized.

Cannabis is tested for cannabinoid content before production, ensuring maximum quality of this product. Only those plants that are grown organically are selected.

About the cannabis and cannabinoid CBD:

CBD is one of more than hundreds of cannabinoids contained in the cannabis plant. Other cannabinoids include the popular THC, but also the lesser-known CBC, CBN and others. However, it is the compounds of CBD and THC that are found in the highest concentration in the plant, and therefore they are attributed the healing properties of cannabis, which have been known to humans for thousands of years.

Unlike THC, CBD is not psychoactive and does not affect the user’s consciousness. It can therefore provide therapeutic effects without narcotic conditions, which may be undesirable in certain cases.

Current research confirms that CBD is a powerful antioxidant, antipsychotic and antidepressant in one. It also has strong anti-inflammatory and neuroprotective effects.

CBD itself is not psychoactive and does not change the user’s consciousness, but it turns out that it can suppress the nervous system in a similar way to THC. It therefore appears to be a suitable means of treating many mental illnesses such as anxiety disorders, depression or even post-traumatic stress disorder.

The main therapeutic potential of CBD appears in its analgesic effects, which can be used in the treatment of acute and chronic pain such as migraines, convulsions and muscle pain. CBD can also help with insomnia and has been shown to improve sleep quality as well. With its positive effects on the immune system, it helps alleviate the symptoms of serious diseases such as Parkinson’s disease or epilepsy. It also helps in the treatment of indigestion, nausea or anorexia. Together with THC, it thus becomes the primary remedy used by cancer patients, helping the plant to alleviate the effects of chemotherapy. Last but not least, CBD has been shown to be an effective withdrawal aid for addictive substances such as nicotine or alcohol.

For more information on the cannabis herb, the history of its use and other findings (including more detailed dosing), visit our herbarium.