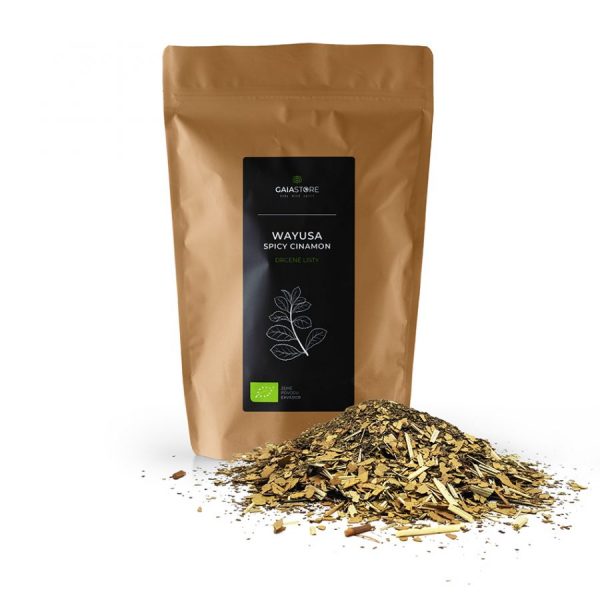 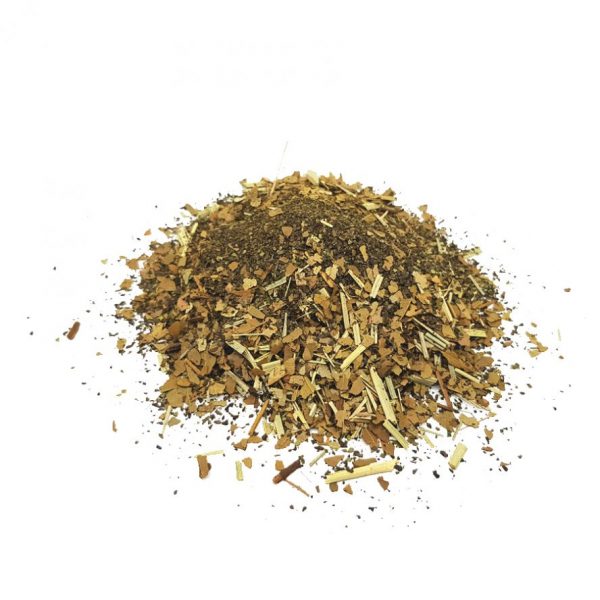 An exotic combination of green Wayusa, lemongrass, and leaves of the Isphingo tree, which is nicknamed “spicy cinnamon” for its flavor and aroma. This great combination of Ecuadorian herbs not only tastes delicious, but the combination of antioxidants and other active substances from individual plants also vitalizes the body and pleasantly tune into every day.

An exotic combination of green Wayusa, lemongrass, and leaves of the Isphingo tree, which is nicknamed “spicy cinnamon” for its flavor and aroma.

Ishpingo, in Latin Ocotea quixos, nicknamed as Amazon, spicy or wild cinnamon, is an evergreen tree found in the territory of Ecuador. For its taste and aroma, it is used as a local spice, excellent tea or as an ingredient in essential aromatic oils. The plant is similar in nature to cinnamon, which also comes from the same family Lauraceae. However, Ishpingo contains a smaller proportion of cinnemaldehydes – substances that cause a typical cinnamon taste and aroma. On the other hand, it can boast high levels of antioxidants and other building materials such as iron, calcium, manganese, and others. Its slightly spicy taste pleasantly warms and tune, it is a suitable part of tea blends and drinks.

Lemongrass, Latin Cymbopogon citratus is a perennial tropical grass of the linden family. The plant smells and tastes like sweet citrus, it also contains a high amount of healthy substances vitalizing our organism. It can be used alone or as part of herbal blends, delicately completing and slightly sweetening the resulting taste of a drink.

Cook 1 to 2 tablespoon of Guayusa blend over low heat in 400 ml of water for 8 minutes. Drain the resulting drink. At least two infusions may be prepared.

Be the first to review “Guayusa Spicy Cinnamon” Cancel reply