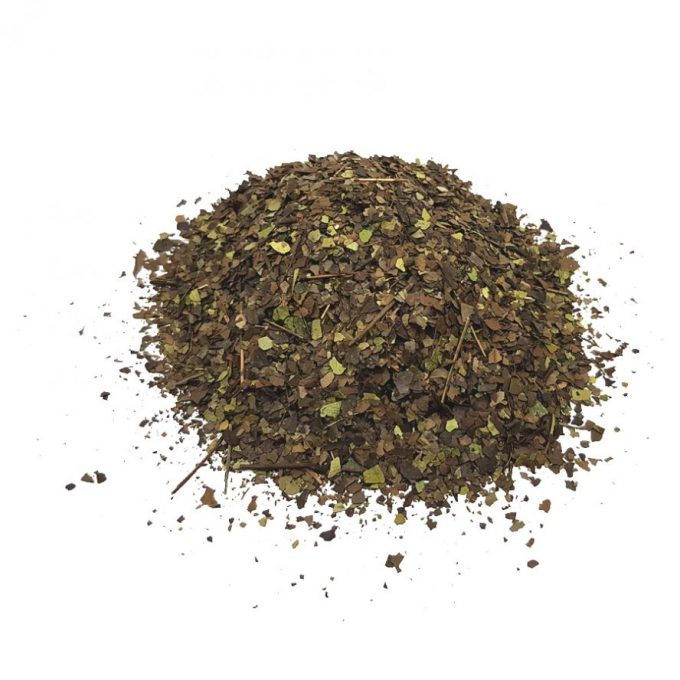 The dark form of Ecuadorian Gayusa is obtained by the traditional method of collection and drying. There is a slight fermentation that gives the beverage a characteristic taste and color. The drink is dark in color, with a bitter earthy taste and a slightly chocolate undertone.

Guayusa, Latin Ilex guayusa, is a traditional Amazonian plant, the leaves of which are used for the preparation of a highly energizing drink. It belongs to the same family as the popular Yerba maté, but it contains a much greater amount of health-promoting substances and thus has even more beneficial effects on our organism. We can find, of course, caffeine, which is found here to a similar extent as in coffee. Unlike coffee, however, it is released gradually, causing long-lasting stimulation without unpleasant bodily sensations. Another interesting ingredient is the substance theobromine, a compound known for its euphoric and aphrodisiac effects, which is also found in cocoa beans.

For more information about the herb, its history of use and other findings, visit our Herbarium.

Only logged in users who have purchased this product can add a review.